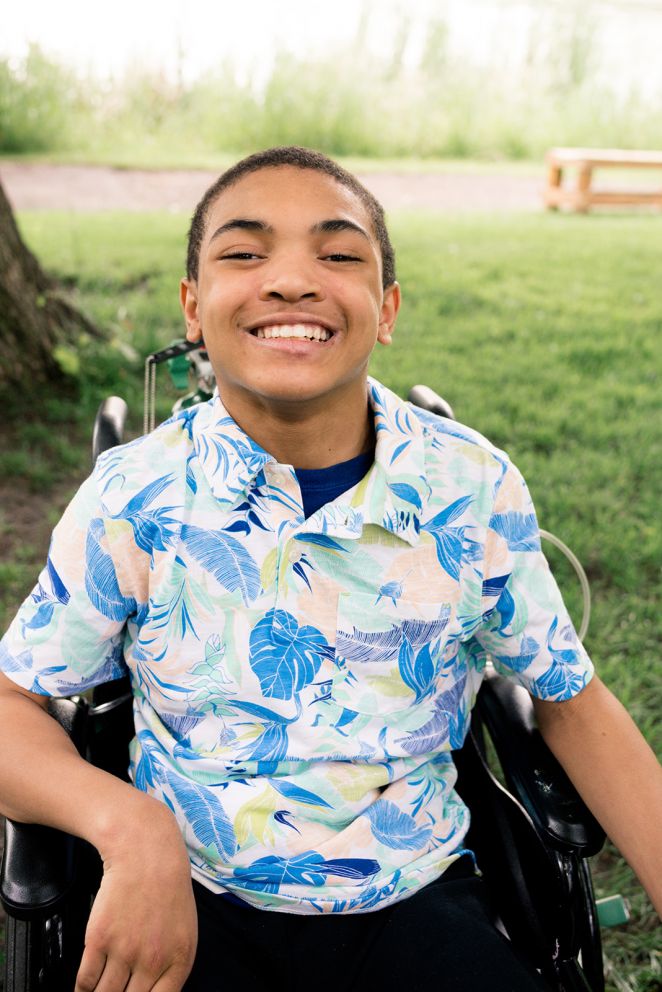 In a blink of an eye. That’s how fast our children change, but Malikye changed in ways his mother never anticipated.

Katheryn gave birth to a healthy baby boy who grew into a strong-willed, athletic, artistic child with a smile that lit up any room he entered. But something changed in Malikye around his 11th birthday. The strong, active boy started stumbling and falling down. What may have been dismissed as goofing around soon progressed to foot pain, and several months later his hand was affected. “He's an amazing artist, and suddenly he couldn't draw,” explains Katheryn.

The following months brought an exhausting search for answers with countless medical appointments, and a series of discouraging moments when yet another of Malikye’s abilities slipped away. “He started to lose his speech – not all at once, but a little bit at a time,” says Katheryn. “And he loved basketball but he couldn't run and jump anymore. It started to slow him down. And for someone so strong-willed, it was hard for him emotionally, too.”

By the time Malikye was diagnosed with Machado-Joseph Syndrome, he was rapidly deteriorating. “Once it started, it didn't stop and it was like, every month he was losing something. Maybe not completely, but a little bit at a time and it was just moving so fast. We wanted to know what it was, and how long he had left.”

His doctor predicted he would survive another year or two, but two months later Malikye was struggling to breathe. Supported by a breathing machine, and with talk of a ventilator, Katheryn knew in her heart it was time for hospice care. When Katheryn and Malikye heard about Crescent Cove, they knew that was where they needed to be.

“Packing my bags, knowing I would not be taking my baby home with me, that was the hardest thing. It just happened so fast. You always wish you had more time.”

Malikye was running out of time, but coming to Crescent Cove gave Katheryn a chance to slip out of the caregiver role she’d been playing for so long, and just focus on being Malikye’s mom. "Once we got to Crescent Cove, he had completely accepted that this was the place where he was going to die. That first day he looked at me and said ‘this place is paradise.’”

Malikye’s final days were filled with an outdoor family concert, basketball, video games, popsicles, and quiet moments with his mother, 23-year-old sister and 3-year-old brother. “We were surrounded by love and he felt that. He felt special and cared for.”

The summer after 7th grade, just before his 13th birthday, Malikye took his last breath at Crescent Cove, leaving his mother, family and friends with profound grief. But in that grief was a light, an appreciation for the new family they found at Crescent Cove, and the comfort of knowing they made every last moment count.

“Without Crescent Cove, I would've been at home trying to care for him. I would've been his caregiver and not his mother. They turned the worst time of our lives into something so special and gave me time with my son where I could just focus on loving him. For that I am forever grateful. They are angels.”