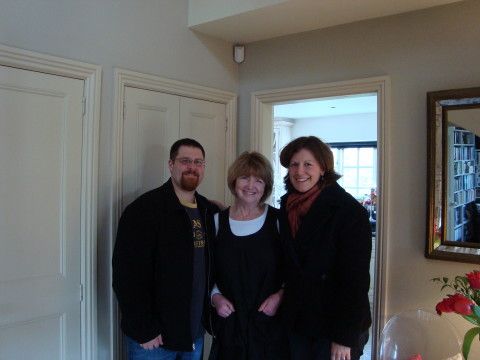 I was talking to 10 year old Sam recently at Martin House, the hospice for children and young people where I work. He had not been well, he was having to use his wheelchair more and he was trying out some new dressings. His family were staying with him and they were having the opportunity to shift the focus from Sam’s recent illness and his slowly deteriorating condition to other important aspects of life that had inevitably been neglected, such as treasure hunts in the garden with other children staying at the hospice, barbecues, making music.

I knew Sam well as we had worked together on helping him managing his own pain, so he told me about his concerns about starting his new school. He knew the other children would be curious and he wanted to explain to them about his (very visible) condition (Epidermolysis bullosa) and the fragility of his skin. He had learnt from past experience that if he explained a little about EB it stopped the barrage of questions and everyone thinking he had some dreadful contagious condition that they would catch. It is not easy for Sam to talk about himself as he is a private person and he finds the curiosity of others difficult. He asked if I would help him with it and go with him on the 16th October to help him manage it. I said I would be honored to be his assistant but I couldn’t do the 16th as I would be at a special Crescent Cove event. Sam was really interested in what it was about but also shocked and surprised that the U.S. (the country that he regarded as at the forefront of much modern medicine, where many children he knew aspired to go for treatment and where in fact his latest dressings had come from) knew so little about the importance of children’s hospices. He said we could change his school date but I had to come and tell you what great places children’s hospices are and what a big difference they make to the lives of children like him. I said I would do my best.

Just in case I didn’t get it quite right he messaged me a few things to include:

”Tell them I love coming to Martin House because I meet people who are in the same boat. We don’t talk about it much to each other, we just get on with living and have fun.

I notice stuff though… like your thoughtfulness and all your attention to detail and the total wrap around care you give. Living with a life-shortening condition messes with all of you, not just your body but your head as well. You look after all of us.

I also like the way you look after our families. That`s partly why it’s here I want to be at the end of my life… because I know how well you will look after my family.”

Written for our site by Jan Aldridge, PhD, psychologist at Martin House children’s  hospice in England. She will be speaking at Crescent Cove’s upcoming Pediatric Palliative Care Symposium, October 16th and 17th, 2015.