A Pitch Worth Waiting For 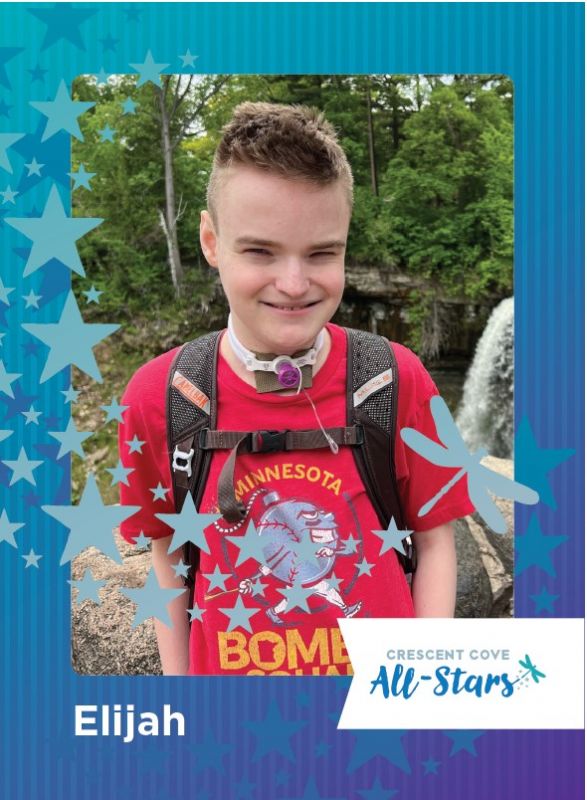 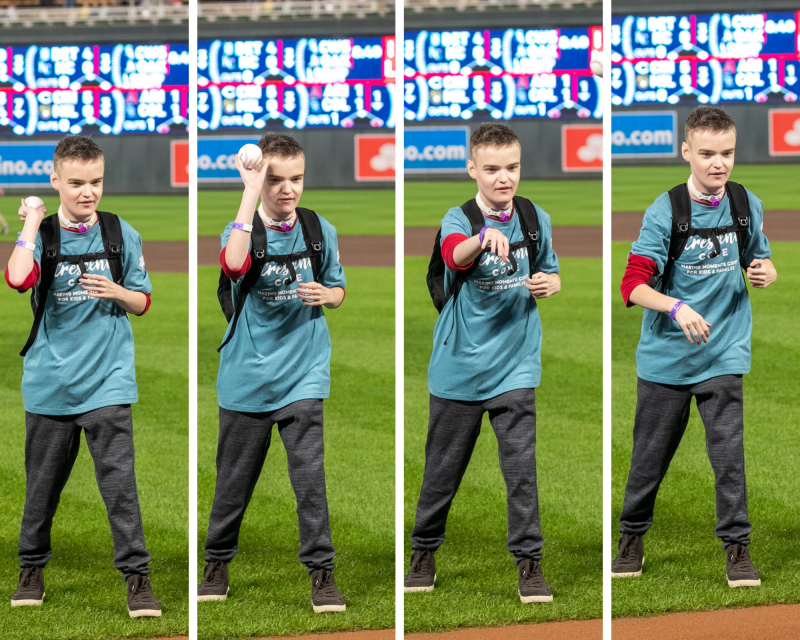 When you meet Elijah for the first time, you can’t help but notice his positive energy. And, if you are lucky enough to meet him at a baseball game, his enthusiasm is contagious —you will find yourself clapping and cheering along with him.

At age 16, Elijah is a HUGE baseball fan, and he especially loves the Minnesota Twins. You can find him and his family at a ballgame many times a year and may witness Elijah cheering and high-fiving everyone around him every time the Twins get a hit.

Elijah’s family learned about Crescent Cove in 2018 and he began coming to our Home for respite care. The fall of 2021, he and his family were looking forward to participating in Crescent Cove Day at the Minnesota Twins where he and other families can go out on the field before the game for a pre-game ceremony. Unfortunately, the day before the game, Elijah went into septic shock. He was rushed to Children’s Hospital in Minneapolis and put on ECMO life support, an external heart-lung machine that pumped his blood for him while his body recovered.

This was an incredibly scary time for Elijah’s family. His parents had been through so much with him already, a lifetime of doctor appointments, diagnoses and surgeries for him. Slowly, Elijah’s body began to heal, and he was able to return home after several months in the hospital, but of course he missed seeing his beloved Twins play.  Although Elijah will never be the same boy, and came home with more life-saving equipment, new diagnoses, and requires even more care, some things remain the same…his love for the Twins, all sports, and places like Crescent Cove.

Fast forward one year. Crescent Cove Day for the Twins was coming up once again. Elijah’s mother reached out to Crescent Cove to ask if Elijah would be able to attend the game. We responded with a better idea: Would Elijah be willing to throw the ceremonial first pitch? The answer was an emphatic YES!

Subsequently, on Friday, September 9th, Elijah and his family and Crescent Cove supporters waited in the wings for the rain to stop so Elijah could take the field. Some of us worried that the game would eventually be canceled, a boy’s dreams dashed. Eventually the skies cleared and the pre-game activities could begin. Elijah was thrilled to take the field!

People in the stands clapped and cheered for Elijah when he threw the pitch and smiled as he high-fived his parents, T.C. Bear and everyone he possibly could as he left the field. They had no idea how close he had come to missing this game and so much more, or how much this single event meant to this incredible teen.

What a special moment.