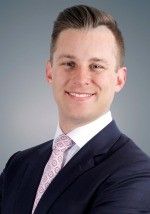 Political news these days is often negative, overtly partisan, and leaves the American public thinking that there aren’t success stories in government. While some issues encounter major political obstacles, this wasn’t necessarily the case for Crescent Cove. The network of support for Crescent Cove isn’t partisan, doesn’t break down along demographic lines, and embodies a mission that fulfills an important societal need.

In January of last year, I attended a meeting with my co-workers and heard about Crescent Cove for the first time. When I heard the mission and goals of Crescent Cove, I was left with the same question many of you have, “How does a place like this not exist already in our state?” I was left wondering what my family would do if my nieces or nephew were in this position. The emotions were overwhelming at first. Those emotions of sadness and confusion became a passion for addressing this need.

I have worked in state government for nearly a decade and spent the last three years lobbying for a variety of non-profit organizations, businesses, and trade associations. Working with Crescent Cove is truly a unique experience. Our team at Faegre Baker Daniels spent the past legislative session working with a variety of legislators from both parties, walks of life, and parts of the state. While advocating for any cause, we have to understand the mission, goals, network of allies, potential opponents and legislative solutions available for our client. We were able to use the broad network of allies, compelling message of helping children and families in need, and years of ground work to have considerable success at the Capital last session.

We took a strategic approach in developing relationships with two key legislators with a background and expertise in Health and Human Services. Both legislators became passionate advocates for our cause. Representative Nick Zerwas, Republican from Elk River, was born with a congenital heart defect and has had 10 open heart surgeries since the early 1990’s. Rep. Zerwas and his family have lived the story of so many children in need of the support Crescent Cove is seeking to provide. Senator John Hoffman, Democrat from Champlin Park, has worked for a company that helps individuals with disabilities find employment. Senator Hoffman also has a family in his district that has been asking for support and help that matches the mission of Crescent Cove. Both legislators took a bipartisan approach to craft legislation that accommodated concerns of various stakeholders, the Minnesota Department of Health, and other legislators. Senator Hoffman and Rep. Zerwas deserve immense praise for their work as they lead the effort to pass the legislation allowing Crescent Cove to be licensed.

This legislation is only step one of our plan. In order for Crescent Cove to continue its mission and build the first residential children’s hospice and respite care home in the Midwest, we need additional action from State government. The next step is to develop a reimbursement model to insure that all children and their families can receive these services. We all understand a philanthropic mission will continue for Crescent Cove into the future, but a reimbursement agreement is needed to serve all children and families. Our team is not waiting for the next legislative session to get to work. We are already working with key members of the Governor’s office and legislators to develop new relationships, grow our network of support, and build on our success from last session.

This next journey will not be without a whole new set of obstacles, challenges, and successes. Advocacy can be emotionally draining at times when there are so many causes to be involved in. But after hearing the stories of families in the Crescent Cove network, it is work that we all can be passionate about. With our collective passion to help families in need of support, we can create a positive story that will break the mold of the traditional partisan news story.