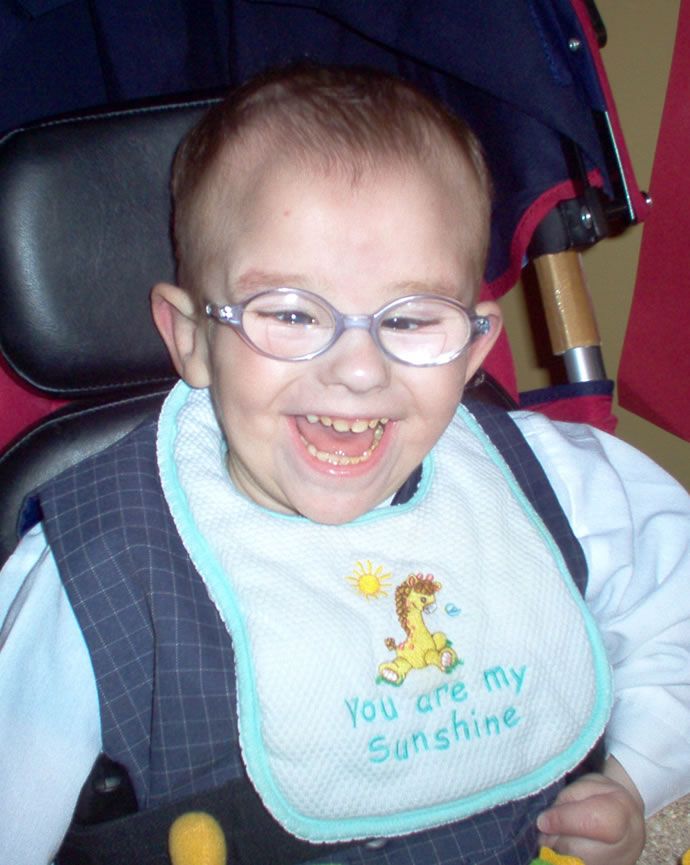 Steven was born on a beautiful day in July, in the island country of Fiji, after a long and problematic pregnancy. We knew something was wrong with our baby because in the first trimester, I had problems with bleeding and had to go on bed rest. By the 5th month of gestation the doctors thought he wasn’t growing properly. After an ultrasound, we found out that his femur bone was 5 weeks behind on development compared to the rest of his body. We had no idea what to expect and no specialist could help us with all of our questions.

The day finally arrived when we got our baby boy. Until then I had hopes that it was just a mistake, maybe he would be fine. But we could tell at once that he had chronic problems. Steven looked like an old man. He had yellow skin with a purple mouth and nose. He weighed about 3 pounds. His head wasn’t totally formed and he had a caved-in or sunken chest, which later we learned was called “pectus excavatum.” He had an extra finger that the doctor removed. His thumbs looked like fingers.

We were discharged from the hospital 4 days later and took our baby home. There were no clothes for premature babies in Fiji. Even the few we got as gifts from friends from Australia were too big.

Contrary to my hopes, Steven didn’t get better. Instead he got worse. He sucked on the bottle but didn’t pull anything out of it. He got anemic and dehydrated within the following two months. When we took him to the doctor, she basically said: “Let him go and have another one.” That’s when we realized we had to come back home and leave the mission work that we loved.

Steven was hospitalized the week before we left Fiji. I slept on a dirty floor beside his incubator, which still had blood and milk stains from the previous occupant. The doctor’s ego was hurt when we told him we would bring Steven back to the U.S. He didn’t want to give us the release to travel. When the day of our departure arrived, my husband went to the hospital, took Steven and me from the PICU, and we drove straight to the International airport.

There is so much I would like to say about returning to America. The care and concern we have felt from others has been so special. At the Los Angeles airport a stranger bought a balloon and sought us out to give it to our five year old son. Children’s Hospital is so much cleaner than the hospital in Fiji. It felt like a five star hotel. What a change, what a wonderful experience!

Our first stay at Children’s was for a little over two weeks. Besides the many tests to find out what kind of medical help he needed, we also tried to find where he fit in the world of syndromes. It was three months later when the geneticist finally broke the news to us that Steven was probably the 25th case known of the “De Barsy Syndrome.” This syndrome has many symptoms, including premature aging. He had cataract surgery at 6 months of age. He wears braces for his hands and feet and a body brace for his back because of scoliosis. He has a chronic case of acid reflux as well. But thanks to God and the wonderful team of doctors, nurses and care givers, Steven is doing well. He loves going to school. He is very playful. He loves playing with his older brother. He laughs at people sneezing. He is our little sunshine.

Every day children are born or diagnosed with life-limiting conditions. Balancing the fight for the life of a child with the responsibilities of the costs associated with medical care causes constant heartaches and emotional strain to the family. Families in this circumstance need community support as the 24-hour care cycle becomes their unrelenting focus. Crescent Cove intends to support these families – freeing up every day cares so that the family can take a needed and deserved emotional and physical break, to spend as they see fit: with their partner, other children, family, or simply to re-energize.