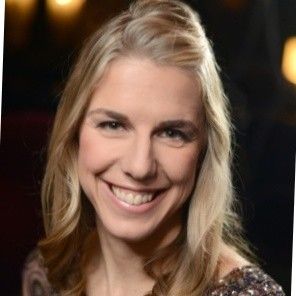 Melissa’s passion for Crescent Cove comes from the fact that her and her husband, Bo, lost their first daughter due to complications with Trisomy 18 in 2007. Their daughter, Audrey, was in the NICU for a month before coming home on hospice and passing away at home. It was an extremely lonely and difficult time for Bo & Melissa, and they know first-hand how important a place like Crescent Cove is.

Melissa has been serving the business community for 20 years as a Commercial Banker. In early 2021 she joined a group of seasoned banking professionals to start her own bank holding company, and they were recently approved to open a new community bank in the Twin Cities, a first in the seven-state region in 15 years. She received her undergraduate degree in Mathematics from SDSU and her MBA from the University of MN Carlson School of Business with a portfolio concentration in Entrepreneurship.

Melissa is the Cofounder and Director of the nonprofit, Mustaches for Kids – Twin Cities, was appointed by the Mayor of Minnetonka to the Economic Development Advisory Commission in 2017 and become Vice Chair in 2019. She has previously served on a variety of boards, including Executive Connections professional networking group, Rebuilding Together Twin Cities, Risk Management Association Young Professional Leadership Team, United Way Emerging Leader & Chair of Volunteer Subcommittee, and the Eagan Foundation.

Melissa was awarded a 40 under 40 honoree by the Minneapolis St. Paul Business Journal in 2017 and a Finance & Commerce Top Women in Finance in 2018.

Melissa is extremely involved in the community as a speaker, volunteer, advisor, and mentor. She’s a black belt in taekwondo and along with coaching and playing the sports that her three children participate in, she also enjoys time at her parents’ farm, in-laws’ lake cabin and various state and national parks.